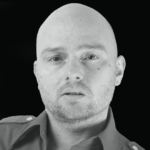 His mileu perceives Andry Nalin as the creative workaholic, in business and for his
DJ-colleagues he ist he impersonation of the determined artist, and to the
worlwide community of his fans he is a living legend with a tremendous output.
When, in 1996, Nalin & Kane were composing their worldwide hit „Beachball“,
Andry had, together with his then partner Kane, already published several
succesful 12inches under the pseudonyms Nalin Inc. and Yellow Cab. His name
was synonymous with a fresh approach in the field of housemusic. The Andry Nalin
style became a genuine trademark that had a vital impact on the then booming
european housemusic scene. Andry..s gigs as a DJ have since the mid-ninetees
lead him into all the international top class clubs such as „Space“ on Ibiza, „Twilo“
in New York or „Pacha“ in Buenos Aires, as well as to the major regulars and
festivals as e.g. „Renaissance“ or „Mayday“. Whether in Asia, North and South
America, Australia or Europe – the Nalin Sound is on all continents at least as
much in demand as on his home base in North Rhine Westphalia which, more
precisely, is the „Tribehouse“ in Neuss. But after „Beachball“, which from 1997 sold
over half a million singles worldwide, nothing was like before. The famous English
Mixmag wrote: „German House has never sounded so sophisticated and sensual“.
Kylie Minogue, Frankie goes to Hollywood, Sven Väth, Steve Lawler, Jam & Spoon
and numerous others knocked at the studio door asking for remixes. Nalin..s
golden hand turned Da Hool..s „Meet her at the Loveparade“ into a superhit and
made it the hymn of an entire housegeneration. After having released „Beachball“,
he was hugely successful with solo production, the projects Nalin & Kane, Nalin
Inc. and, from 2003 with Bush II Bush. Today, Andry Nalin is one of the most
important protagonists of the international Underground House Sounds, both as a
soloist as well as with his Bush II Bush project. This particular sound pulsates
between Techno and House; it intergrates the very best of these styles and
effortlessly glides across the somewhat narrow bounds in this country
Cookie-Zustimmung verwalten
Um dir ein optimales Erlebnis zu bieten, verwenden wir Technologien wie Cookies, um Geräteinformationen zu speichern und/oder darauf zuzugreifen. Wenn du diesen Technologien zustimmst, können wir Daten wie das Surfverhalten oder eindeutige IDs auf dieser Website verarbeiten. Wenn du deine Zustimmung nicht erteilst oder zurückziehst, können bestimmte Merkmale und Funktionen beeinträchtigt werden.
Optionen verwalten Dienste verwalten Anbieter verwalten Lesen Sie mehr über diese Zwecke
Einstellungen
{title} {title} {title}