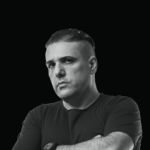 Dave202, the leading Swiss House/EDM DJ, focused with his at the end of 2014 released single “Boost” (PinkStar rec.) on future house, a mix of Deep and Progressive House. With this single Dave202, who lives in Zurich, hit the mark. For the first time superstar Avicii played one of his songs in a set and on his radio show. And not only this: Oliver Heldens, David Guetta, Martin Garrix, EDX and Robbie Rivera also included the title in their playlists. 2014 was a good year for Dave202. He started his weekly radio show on planet 105. He deejayed at all major Swiss events: Isle of Dreams (with Avicii, David Guetta, Calvin Harris), Montreux Sundance (with Tiesto, Steve Aoki, Martin Garrix, Hardwell), Mystery Park Lugano, Big Bang Basel & Bern, No Xcuses at Kaufleuten, Street Parade (on an openair stage), Beachparty Richterswil, Sonic Bern and Basel.

He also boomed internationally: Mayday, Nature One, World Club Dome (Frankfurt), Colossos (Spain), Trancefusion (Prague). Every Weekend Dave202 is out and about and likes to meet his fans personally. To feel the pulse of people and to transform it in his DJ-sets is only one of Dave202’s abilities. He is also very dedicated to his social media fan base and is interested in the development of music and technology. Therefore, he regularly visits music fairs like the Amsterdam Dance Event.
Since 2012 Dave202 publishes with the lables of world star EDX: Sirup, PinkStar and S2. He released one big Room-EDM hit after another: ‘Force’, ‘Kolosseum’, ‘Purple Drops’, ‘The Future/Turbo Boost’, ‘Superstition’, ‘Straight Flush’, ‘Meet Her At Motion’, ‘The Edge’ and ‘Force’.
His specialty: Festival-anthems with euphoric hands-up-in-the-air-breaks like you have never heard before, “TUNE”, capitalized.