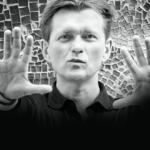 In 1990 Mijk van Dijk was one of the first artists to emerge from the early Berlin Techno scene.In 1992 Mijk mixed Techno beats with emotive sounds and together with Cosmic Baby coined the term „Trance“ with the compilation Tranceformed From Beyond, the first of it’s kind.In 1993 together with Marcos Lopez he wrote the Marmion classic Schöneberg. Throughout the 90s and 00s Mijk has been working with artists as diverse as DJ Hell, Claude Young, Takkyu Ishino, Thomas Schuhmacher, DJ Rok, Toby Izui, Tanith, Namito, Rob Acid, Tom Wax, Martin Eyerer and remixed Moby, Denki Groove, GTO, Frankie Bones, Humate and Emmanuel Top, to name but a few.

Mijk has been touring worldwide and developed an especially strong bond with his fans in Japan, where he released on big and small labels like Sony Music or Frogman Records.

In the 10s, Mijk revisited his first love Funk with his projects mijkfunk and The Chaenge (together with Wareika singer Florian Schirmacher) as well as his Label nuFunkFiles and his radio show Motherfunk on BLN.fm.Mijk van Dijk is now merging all his musical strengths into a sound of House, which includes his love for Boogie beats and basslines as well as his old school expertise and his trademark sounds from a musical career of over two decades.

Microglobe is now Mijk’s home for all the different shades of his musical style. There’s the radio podcast show music 4 the microglobe and his new label Microglobe Productions. Mijk van Dijk was already called Multi-Mijk in the early 90s by Germany’s leading Techno mag Frontpage. Which is now more true than ever before.