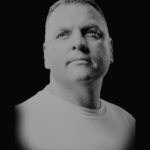 Belgian born and now based in New York City, Mike Dierickx is a producer, remixer and Trance DJ and has a multitude of guises he produced and remixed under, most notably as Push, M.I.K.E. Push and Plastic Boy.

M.I.K.E. / Push’s career shoot throw the roof in 1998 with “Universal Nation” under his Push guise on Bonzai Records which won several dance music awards, and is recognized as one of the classic dance records of the Trance era until this day. With this success in worldwide dance charts the Belgian dance scene was now firmly on the map. His follow up single “Strange World” did hit hard and this was followed by another massive release, “The Legacy”, once again topping most dance charts across Europe and entering the British National charts at number 21. Over the years Mike received several music awards including best club singles and best dance producer, and entered 6 times the national Top 40 in the UK. And recently „Universal Nation“ was voted 3 years in a row best Electronic Dance track of all time on Studio Brussels – The Greatest Switch in Belgium!

2018 was a huge year for Push with the new arrival of „Together We Rule The World’ which stormed the charts on the major continents.