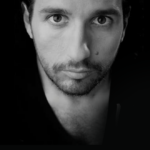 With accumulated sales reaching millions in singles and albums and tracks on over 100 000 000 compilations, we can say our prodigious dj/producer truly has made his mark on the world of (dance) music.

Born Christophe Chantzis, our classically trained pianist, DJ and multi genre producer is the mastermind behind a multitude of projects. He´s not only the creator of IAN VAN DAHL but also the brains behind projects like DEE DEE, ABSOLOM & ASTROLINE.

Some of his international achievements are:

When not behind the decks, somewhere around the world, you can find him in his studio working on new music, collaborations or sync music.

Find him at a venue near you bringing back memories with songs we all love.