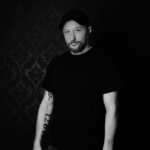 Their debut single Protect Your Mind (Braveheart) – a Trance music version of James Horner’s For The Love Of A Princess composition for Mel Gibson’s ‚Braveheart‘ – reached top positions in the German singles chart and became a huge hit throughout Europe in 1998. ‚Protect Your Mind‘ achieved gold status and was nominated at the 1999 ‚Echo Awards‘ in the category „Best Dance Single (National)“. To date the single has sold over 700.000 units, making it a timeless classic and one of the most beloved trance tracks of the 90´s.

These tracks, including third single Dragonfly, were collected on the successful DJ Sakin & Friends debut album Walk On Fire, released in 1999.